Mysterious Map Emerges at the Dawn of the Egyptian Civilization and Depicts Antarctica Without Ice – Who Made it? Mysterious Map Emerges at the Dawn of the Egyptian Civilization and Depicts Antarctica Without Ice – Who Made it?

On a chilly winter day in 1929, Halil Edhem, the Director of Turkey’s National Museum, was hunched over his solitary task of classifying documents.  He pulled towards him a map drawn on Roe deer skin. As Halil opened the chart to its full dimensions (two feet by three feet wide or 60 X 90 cm) he was surprised by how much of the New World was depicted on a map which dated from 1513.

The document was the legacy of a pirate turned Turkish Admiral, Piri Reis ( circa 1470-1554). He was born in Gallipoli, a naval base on the Marmara Sea and was the nephew of Kemal Reis, a pirate who had reinvented himself as a Turkish Admiral adventurer who had made his name in naval warfare. At the time, the distinction between pirate and Admiral was more flexible than might be expected from looking back through a Hollywood lens. Piri Reis sailed with his famous uncle from 1487 to 1493. During these voyages, he was introduced to the lucrative spoils of piracy. The fleet fought pirates and captured and plundered enemy ships. In 1495, Kemal Reis’ great skill in the art of battle earned him an invitation to join the Imperial Turkish Fleet. His nephew accompanied him to his new assignment. The pirates were transformed into respectable Admirals. 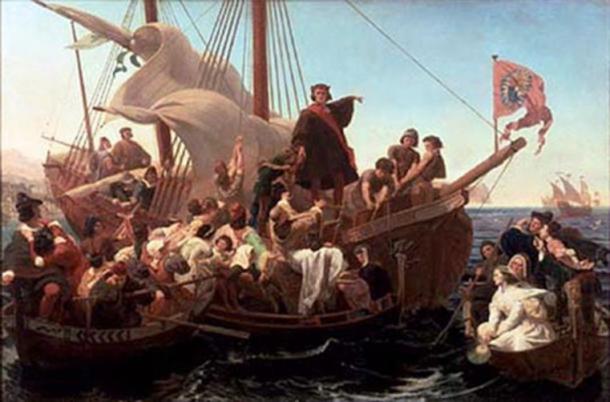 After Kemal was killed during a naval battle in 1502 Piri Reis turned his back on the seafaring life and began a second career as a map maker. A perfectionist – Piri Reis would not tolerate the slightest error in his drawings – he created his famous map in 1513 using older source maps; including charts captured from Christopher Columbus. The Turks had boarded one of Columbus’s ships before the crew had a chance to throw the charts into the sea; standard practice in a time when the contours of the planet remained veiled in mystery and maps held secrets that were invaluable to pirates, admirals, kings and queens.